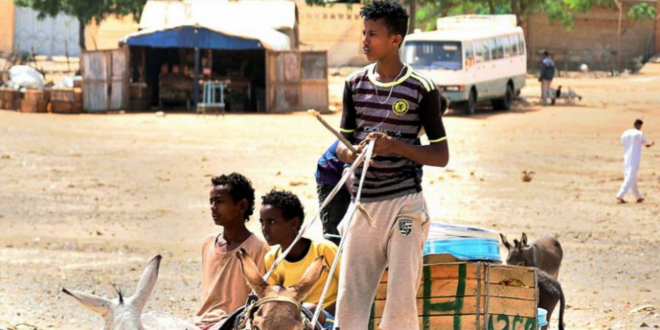 Eritrea is a militarized authoritarian state that has not held a national election since independence from Ethiopia in 1993. The People’s Front for Democracy and Justice (PFDJ), headed by President Isaias Afwerki, is the sole political aparty. Arbitrary detention is commonplace, and citizens are required to perform national service, often for their entire working lives. The government shut down all independent media in 2001.

Following Eritrea’s formal independence from Ethiopia in 1993, an unelected Transitional National Assembly chose Isaias to serve as president until elections could be held under a new constitution. He has remained in office since then, without ever obtaining a mandate from voters.

A constitution ratified in 1997 but never instituted calls for an elected 150-seat National Assembly, which would choose the president from among its members by a majority vote. National elections have been postponed indefinitely, and the transitional assembly has not met since 2002. National elections have never been conducted. Periodic local and regional assembly elections are carefully orchestrated by the PFDJ and offer no meaningful choice to voters.

The 1997 constitution calls for an electoral commission whose head is appointed by the president and confirmed by the National Assembly, but it has never been established. Electoral laws have not been finalized.

B Political Pluralism and Participation

The PFDJ is the only legally recognized political party in Eritrea. Alternative groups must operate from abroad among the diaspora. Groups were hosted in Ethiopia in the past, but its government ordered many of them to cease operations after the two countries sought rapprochement in 2018.

The Eritrean government holds prominent dissidents and family members in detention; a group of 11 has reportedly been held incommunicado since 2001. Reports in 2018 suggested that one of these individuals, former foreign minister Haile “Durue” Woldensae, died in detention. In 2012, the government captured Ciham Ali Abdu, daughter of former information minister Ali Abdu Ahmed, while she tried to flee to Sudan; she was still detained incommunicado at the end of 2020. Authorities have detained former finance minister Berhane Abrehe since 2018, though his wife was released in 2019.

President Isaias and the PFDJ have been in power without interruption since independence. Since multiparty elections have never been allowed, opposition groups have had no opportunity to compete or enter government.

Eritrean society is dominated by the military, with most citizens required to perform open-ended military or other national service. The authorities’ intolerance of dissent and the absence of elections or opposition parties leaves individuals with no political options other than loyalty to the PFDJ, imprisonment, or illegal emigration.

Women and various ethnic groups are nominally represented within the PFDJ but have no practical ability to organize independently or advocate for their interests through the political system.

Power is concentrated in the hands of the unelected president, who reportedly determines policy with the help of an informal circle of advisers, leaving the cabinet and security officials to merely carry out his decisions. In 2016, the United Nations Human Rights Council (UNHRC) noted that military personnel are overrepresented among the president’s closest associates.

Petty bribery and influence peddling are thought to be endemic, and larger-scale corruption is a problem among some party officials and military leaders. The government’s control over foreign exchange effectively gives it sole authority over imports. Those in the regime’s favor profit from the smuggling and sale of scarce goods such as food, building materials, and alcohol. Senior military officials have allegedly profited from smuggling Eritreans out of the country. There are no independent agencies or mechanisms in place to prevent or punish corruption. Special anticorruption courts overseen by the military nominally exist but are mostly inactive.

The government operates without public scrutiny. Basic data about the state budget and its appropriations are not publicly disclosed, and officials are not required to disclose their assets.

D Freedom of Expression and Belief

The government shut down all independent media outlets in 2001. Several outlets provide coverage to Eritreans from outside the country, including the British Broadcasting Corporation (BBC), Paris-based Radio Erena and satellite station Asena TV. According to the Committee to Protect Journalists, 16 journalists were imprisoned for their work in Eritrea, almost all of them since 2001.

Followers of other denominations are subject to arrest. In April 2020, 15 Christians worshipping in a private home in Asmara were arrested. In June, authorities arrested 30 individuals who attended a Christian wedding in the capital.

The government also interferes in the practice of faiths it recognizes. The Eritrean Orthodox Church’s patriarch, Abune Antonios, was deposed and placed under house arrest in 2006. In 2019, church bishops expelled Antonios for “heresy.” In February 2020, an Ethiopian Roman Catholic cardinal was denied entry into Eritrea, despite possessing an entry visa.

The Eritrean government released several groups of religious prisoners in 2020. A group of Muslims, who were originally detained after 2018 protests sparked by the death of Islamic school chairman Musa Mohammed Nur, were reportedly released by August. As many as 69 Christians were released between September and October. In December, 28 Jehovah’s Witnesses were released.

Academic freedom is greatly constrained. Students in their last year of secondary school must perform military service at the Sawa military training center. In 2019, Human Rights Watch (HRW) reported that widespread physical and sexual abuse took place at Sawa. Former students say they were given insufficient food and were forced to perform manual labor. While international observers called on the government to release students held at Sawa to lessen their risk of contracting COVID-19, HRW reported in September 2020 that a new group of students was sent there.

From 2017 to 2019, the government took steps to nationalize an Islamic school in Asmara along with seven other schools operated by religious organizations, as part of a broader policy to assert state control of the education system.

Freedoms of expression and private discussion are severely inhibited by fear of government informants and the likelihood of arrest and arbitrary detention for any airing of dissent. The authorities regularly block access to social media platforms and shutter internet cafés.

Members of the Eritrean diaspora are, by comparison, better able to express dissent online. Activists have used internet platforms and protests to oppose the government as part of the Yiakl (Enough) campaign in 2020. However, members of the diaspora are also subject to government surveillance and harassment.

Freedom of assembly is not recognized by the authorities. Those who protest face the threat of deadly force at the hands of state security officers, or arbitrary detention. Gatherings of more than 10 people were restricted in March 2020 as part of the government’s COVID-19 response.

The law requires all nongovernmental organizations (NGOs) to undergo an onerous and arbitrary annual registration process and limits their activities to providing humanitarian relief. In reality, there are no independent civil society organizations based in Eritrea. The government continues to deny permission for external human rights organizations to enter the country.

In January 2020, Finland-based Finn Church Aid ended activities in Eritrea after the government halted the NGO’s teacher-training program, which reportedly sought participants outside of the national-service apparatus.

There are no independent trade unions in Eritrea. The only union umbrella group, the National Confederation of Eritrean Workers, is affiliated with the PFDJ. According to reports to the UNHRC, the government has prevented new unions from being formed. However, in May 2020, the UN’s special rapporteur on human rights in Eritrea reported that the government ratified the International Labour Organization’s eight fundamental conventions.

The judiciary has no independence from the executive branch. The Supreme Court called for in the constitution has never been established, nor has a Judicial Commission tasked with appointing judges. The president controls the appointment and dismissal of all judges; even nominally elected judges in local community courts are controlled by the Justice Ministry, according to UN investigators. Many judges are military officers.

Basic principles of due process are systematically violated. Arbitrary arrests and detentions are common; targets include those who evade military service, try to flee the country, or are suspected of practicing an unauthorized religion. Eritreans who offend high-ranking government or party officials are also reportedly subject to arbitrary arrest.

Prisoners, including children, former members of the government, and their family members, are routinely held incommunicado for indefinite periods without charge or trial, with the authorities refusing even to inform family members whether they are still alive. There is no operational system of public defense lawyers. Thousands of political prisoners and prisoners of conscience remain imprisoned.

UN investigators have described the routine and systematic use of physical and psychological torture in both civilian and military detention centers. Deaths in custody or in military service due to torture and other harsh conditions have been reported, though authorities do not investigate such incidents. Security forces employ lethal violence arbitrarily and with impunity. Individuals attempting to escape military service or flee the country have been fired on by soldiers.

In April 2020, the UN special rapporteur called on the government to release low-risk detainees to limit the spread of COVID-19, though she reported that the authorities did not take such measures in her May report.

Eritrea supported the Ethiopian government when it launched its military campaign against the TPLF in November 2020, though Eritrean officials initially denied involvement. The TPLF, which accused Eritrea of committing troops, launched three rocket attacks on Asmara that month, though details on damage or casualties were unclear.

There are allegations that two of Eritrea’s nine recognized ethnic groups, the Kunama and Afar, face severe discrimination, including exclusion from the government’s poverty alleviation programs.

Laws mandate equal educational opportunity for women and equal pay for equal work. However, traditional societal discrimination against women persists in the countryside, and the deeply flawed legal system does not effectively uphold their formal rights.

Freedom of movement is heavily restricted. Eritreans young enough for national service are rarely given permission to go abroad, and those who try to travel outside the country without obtaining an exit visa face imprisonment. Individuals also require permits to travel within the country. Eritrean refugees and asylum seekers who are repatriated from other countries are subject to detention under harsh conditions.

The opening of the border with Ethiopia in 2018 prompted tens of thousands of Eritreans to flee, and individuals have continued in their efforts to leave since that border’s 2019 closure. Eritrean troops supporting the Ethiopian campaign against the TPLF have reportedly repatriated refugees residing in Ethiopia.

The national conscription system denies much of the working-age population the opportunity to establish and run their own businesses. Both the authorities and private actors with the regime’s support can confiscate property and evict occupants without due process.

Men and women have equal rights under laws governing marriage, nationality, and other personal status matters. However, girls in rural areas remain vulnerable to early or forced marriage. Rape of women and sexualized forms of violence against men are common in detention and in military service. Sexual assault of female conscripts is endemic and has not been thoroughly investigated by the authorities.

The government has banned the practice of female genital mutilation (FGM). In May 2020, the UN special rapporteur noted the government’s formation of a steering committee and adoption of a national action plan to halt FGM and other forms of gender-based violence (GBV). However, FGM remains widespread in rural areas.

Eritrea’s conscription system ties most able-bodied men and women—including those under 18 who are completing secondary school—to obligatory military service, which can also entail compulsory, unpaid labor for enterprises controlled by the political elite. National service is supposed to last 18 months but is open-ended in practice. UN human rights experts have described this system as enslavement. 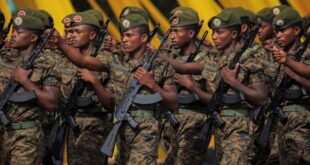 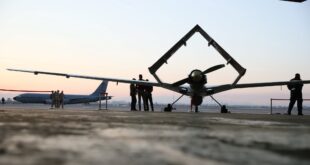 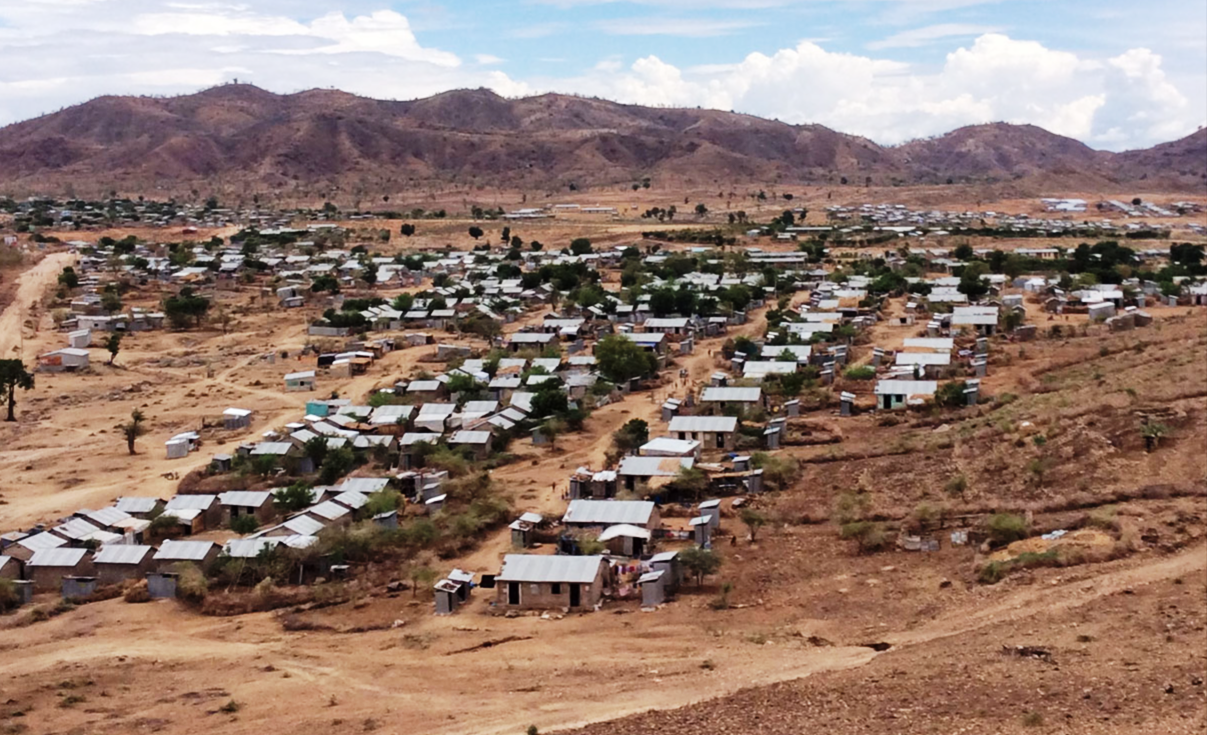